The CFCI implementing municipalities were born

See the signing of the MOU and messages from the mayors of the five municipalities in the following video clip. 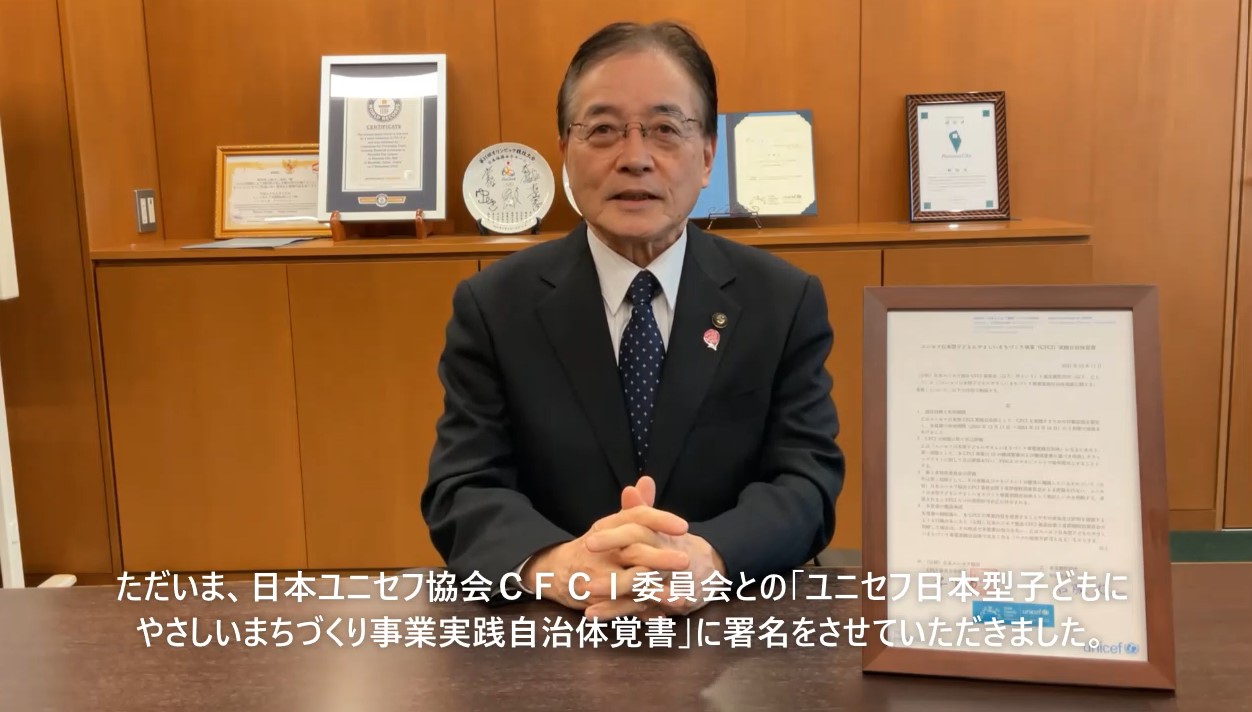 In 2016, the Japan Committee for UNICEF began working toward the implementation of the Child-Friendly Community Development Project (CFCI) by introducing the Project to local governments nationwide in August and surveying their   interest in participating in the Project, and holding a symposium in November.

In 2018, a Japanese Child-Friendly Town Model was created with reference to UNICEF headquarters and "child-friendly town development" standards in other countries. Five municipalities (Niseko Town, Adaira Town, Tomiya City, Machida  City, and Nara City) conducted a two-year verification process to determine whether this model can function as an        effective indicator for promoting children's rights, children's participation in society, and child development policies in    Japanese municipalities.

After completing the two-year verification process , each of the five municipalities conducted a self-evaluation , which   confirmed the effectiveness of the project and their intention to continue it. Based on these results, the Japanese CFCI was officially launched in June 2021 to encourage other municipalities to participate.

In December 2021,  five municipalities were approved as   "UNICEF Japan-style CFCI Practice Municipalities"   after      evaluation by a third-party evaluation special committee. （A memorandum of understanding was signed with the CFCI Committee  of  the  Japan  Committee  for UNICEF ,  and full-scale  implementation  of the Child-Friendly  Community    Development Project will take place over the next three years.